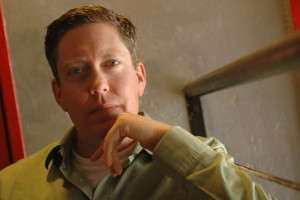 Born in New York, Ra’up McGee’s earliest memories were going to the movies with his father, and he was continually exposed to a wide range of cinema while growing up.

After completing his undergraduate work in film at the University of California, San Diego, where he graduated with honors; Ra’up went on to earn his MFA graduate degree in film at Loyola Marymount University in Los Angeles.

Working his way up in the film industry, which included crewing on films for Barry Levinson and John Frankenheimer, Ra’up then produced, directed, and edited his award-winning documentary Ramadhan in Indonesia for PBS, which also aired on National Geographic television.

Next was the documentary Harold Hitchcock: Life in Light, which focused on the Royal Academy painter revealing himself as he paints and reflects on his process, past, and family. This film was shown on PBS and earned Ra’up his second Cine Golden Eagle Award.

Autumn, his first feature film which he produced, directed, wrote, and edited, starred Irene Jacob and had its world premiere at the Toronto Film Festival. It played in festivals throughout the world, and received the Best Director and Best Cinematography awards at the Newport Beach film festival, and Best Foreign Film at the Santa Cruz film festival. The film also had a theatrical release in the US.

Most recently, Ra’up completed the documentary Church & Dodge, which follows six years of drama, hope, and courage during the redevelopment of an African-American community struggling to lift itself out of decades of racial and economic problems near Chicago.

A Telly award winning director and Academy Nicholl Semifinalist writer, Ra’up has several diverse projects in development which focus on telling entertaining and cultural stories across the globe.