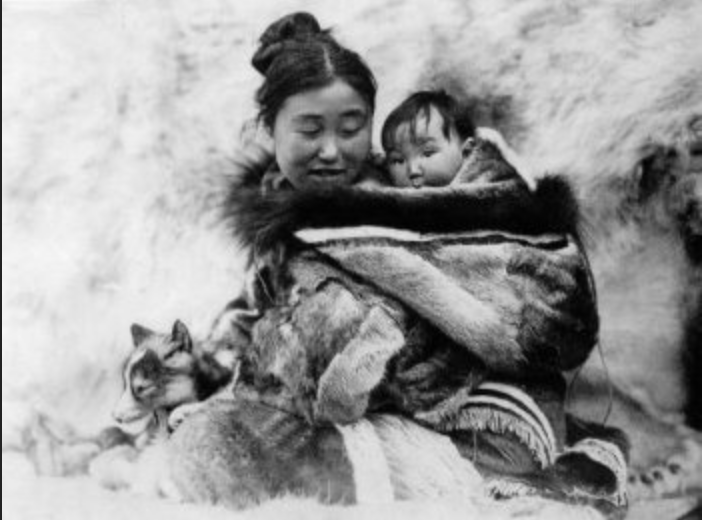 I’ve read every book on the Inuit I can find, and my favorite author is Knud Rasmussen. He was born in Greenland and spent his childhood with the Inuit inhabitants, learning to speak like a native and absorbing their culture. After the turn of the century he embarked on numerous expeditions searching out isolated communities untainted by European culture, living the same as had been done for the previous ten thousand years. He didn’t meet Uvavnuk, who had died, but this is her story, told by her nephew. I wish it could have been shared with Bapak.
Here is Uvavnuk’s song. She is somewhat famous now, and appears in numerous anthologies. But Knud’s translation is by far the best.
The great sea has set me in motion,
set me adrift,
moving me like a weed in a river.
The sky and the strong wind
have moved the spirit inside me
till I am carried away
trembling with joy.
And this is her story.
Uvavnuk (mid 19th-early 20th century), a Netsilik Eskimo. “She became a shaman in one powerful moment: “One evening she had gone out to pee. It was a dark winter evening, and as she was pulling her pants back on, suddenly a ball of fire appeared in the sky. It hurtled down, directly toward the place where Uvavnuk sat. She wanted to run away, but before she could, the ball of fire hit her and entered her body. All her organs, everything inside her began to glow. Uvavnuk ran back into the house, half unconscious, and began to sing. Immediately she was delirious with joy, and all the others in the house also were beyond themselves with joy, because their minds were being cleansed of everything that burdened them. They lifted up their arms and let go of all darkness, all suspicion and malice. The song allowed them to blow these forces away as if they were blowing a speck of dust from the palm of their hand. Ever since then, whenever she sings this song, she is able to heal others.”
(Intellectual Culture of the Iglulik Eskimos, by Knud Rasmussen, Copenhagen 1929)
Tags: Knud Rasmussen Reynold Weissinger
Previous Story
Susannah’s Fund Drive Pitch
Next Story
Subud Archives Update 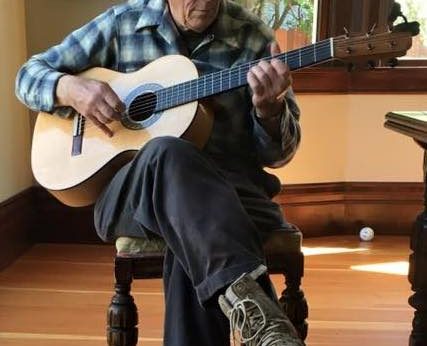