Filmed by Heinz Cadera and Benoit Erwaan Boucherot, produced and presented by SICA, “Mountains and Rivers” is a film about the 14th Subud World Congress in Puebla — and the many gifts our brothers and sisters from around the world shared with all of us while we were there. There was indeed a special grace that seemed to embrace us all. We hope you will feel that as you watch this film.

Creative Coversations is designed to be an ongoing series of video interviews with Subud members who have discovered their own inner talents and are expressing those gifts in the world. The series is a means to explore individual creativity across all disciplines. We have just completed the pilot which features short video interiews Dirk Campbell, Adrienne Thomas, and Hemione Elliott. Lllian Simonssen and Lilliana Gibbs interviewed, filmed, and edited the pilot series. Click on trailer right for more information. It will also take you to our SICA Presents You Tube channel.

Osanna Gooding, a long-time member and helper in Subud Los Angels, was also an award winning American actress known to millions as Phyllis Love.  Osanna passed away in November 2011, due to complications with Alzheimers disease, but fortunately, her story had begun to be documented in 1993. May thanks to Alan Gooding and fellow Subud member and actor, Peter Mark Richman — who co-starred with Osanna in William Wyler’s film, Friendly Persuasion, — for putting together this tribute film.

As you will learn, the young Phyllis Love went to high school with Cloris Leachman, attended what became Carnegie Mellon, and studied at the Actors Studio along with Marlon Brando, Marilyn Monroe, Kim Stanley, and others.

Her first break was as Julie Harris’ understudy in Carson McCullers’ play, The Member of the Wedding. She went on to star in the original Broadway productions of The Rose Tattoo, Bus Stop, The Remarkable Mr. Pennypacker, The Country Girl, and others.

Osanna married twice. First to playright, James McGee, and later to Alan Gooding. She came to Subud in 1959 when John Bennett came to New York.

The film, on our SICA You Tube channel, is in 8 reels.  Click on the image above to start.   Enjoy.

Enjoy a film David Van Noortwijk put together for Bliss Studios of Brian Ferneyhough’s Time and Motion Study II, a concert of contemporary music presented by Yayasan Musik Indonesia at Erasmas Haus in Jakarta. The second is sound only: Reynard playing Walton Passacaglia for cello solo.  Many Subud members will remember Reynard playing solo cello for Lucas Richman’s Seven Circles Cantata at Spokane and at Innsbruck. 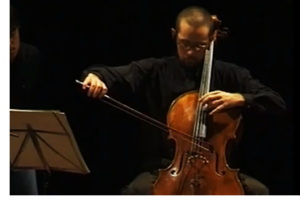 Unlike many more formally-inclined composers, Ferneyhough often speaks of his music as being about creating energy and excitement rather than embodying an abstract schema. His scores make huge technical demands on performers.

This particular piece is for for solo cello with delay tapes, modulation and extensive amplification. Composed in the 70s. First performed in 1977.

Both Rott and Fernehough are interviewed in the tape 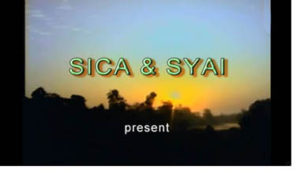 produced by Hartati Horthy
when she was chair of SICA

A Postscript by David:

During the Northern summer of 1992 the Subud Youth Association International organised a camp on the Subud land near Palanka Raya, Central Kalimantan, Indonesia. It was a strange time. For almost 20 years the Subud organisation had been trying to interpret and implement the vision of its founder Mhd. Subuh Sumohadiwidjojo, which entailed developing a community there and to benefit from Borneo’s primary attractions: space and plentiful natural resources. But at the time our youthful campers descended on the Subud land, right in the middle of an economic boom, not much had been achieved.

During the preceding two decades, however, a lot had changed in our understanding of what development actually was, or should be. It may sound a little odd now, but at the time this film was shot the term ‘sustainable development’ had only just lodged itself in people’s consciousness and so the event attracted primarily young, emerging professionals with an interest in a different way of going about the process of responsible industrialisation.

Afterwards it would still take almost a decade before a critical mass had been reached and Subud members managed to start building a residential community, now known as Rungan Sari.

This film was made with on a shoestring a budget of $8,000. We shot on Sony Hi8 and edited on juiced-up U-Matic lowband. It was the first time we could use small compact domestic video technology as (cheap) acquisition format, but editing was still extremely expensive. A different time, boys and girls!

The master barely survived the intervening years and some glitches were inevitable. Still, the energy and atmosphere of our month in the heart of Borneo is still palpable.

In memory of Hartati Horthy, whose inner calling to help the spread of the Subud latihan has meant so much to so many.