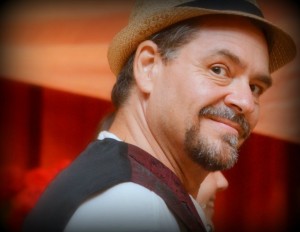 Although I started my adventures in creative photography in high school, there were many years that I only took photos of friends and while traveling. That all changed about a year and a half ago and I bought a serious DSLR and committed to sharing at least one photo a day online. Since then I have I have captured many amazing photos of the natural world in the Sierra Nevada Mountains where I live in California, and around the world as I travel.

At this time I work exclusively in the digital photography medium. I am inspired by the beauty I find in nature, and like to focus on details, color and light interplay. I often accompany my photos with what I call micro poetry – a few words that poetically balance with the photograph to create story and get the observer to take a second and possibly deeper look. I hope to continue learning the craft of photography to better capture the images I see in my head and evolve the quality and diversity of the pictures I take.

I fill and have filled many roles in my life. At this point though I have the freedom to try new things, travel and meet people as I go. I feel grateful and blessed that this is the case, and hope to make the most of this opportunity.

I was born in London in the early 60′s and lived there until my family moved to Indonesia in 1967. I lived there for 10 years, learning the language and becoming immersed in the local culture. My parents were members of a spiritual organization called Subud (short for Susila Budhi Dharma) and we had been invited to live in the Subud community in Jakarta by the group’s founder Bapak Muhammad Subuh Sumohadiwijoyo.

I returned to England in 1978 to complete high school and go to college. Once I graduated I started traveling the world living in Boston, Sydney, London and Los Angeles. I arrived in LA in 1992 and settled there to raise my son. Now that my son has graduated college, I am once again turning my attention to traveling.
Although, most of my career to this point as been technical in nature, I am finding myself drawn to the creative arts. There were times when I was younger that I felt I had no creative talents of any sort, but as I have gotten older and tried a few creative things and found that I enjoy it and am often satisfied with the results. As for photography, I remember shooting with a Kodak Instamatic when I was 9 years old. I took a semester in photography in high school and got comfortable shooting with SLR camera’s. However, in college I gave it all up after having my third SLR stolen.
With the advent of digital photography I started playing around again in the late 90′s. My first digital camera was a Nikon Coolpix 950. I switched to a series compact point and shoot digital cameras a couple of years later ending with the Panasonic Lumix TZ4. In 2009 I bought my first DSLR a Nikon D3000. I mainly used it as a glorified point and shoot for four years, never taking it off the various automatic modes. I was happy with the results I was getting and did not have the patience to relearn how to shoot manually all over again. Something shifted about a year ago. I felt I really wanted to get more creative with my photography, and I was getting more ambitious in the types of images I wanted to capture. So I went out and bought the Nikon D600 and started playing with the various manual modes, buying some professional grade lenses and really trying to experiment with what was possible.