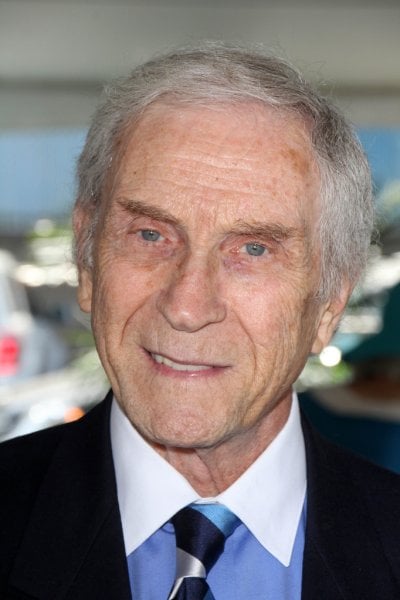 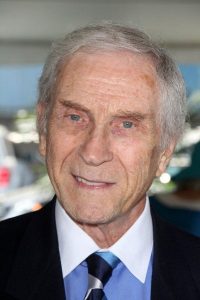 Dear Brothers and Sisters,
You may have heard that Peter Mark Richman transitioned to the next life January 14, 2021. He was opened in Subud in 1959 by John Bennett in New York City. Shortly afterwards he became a helper. Of his many activities in Subud, he was proud to have been able to shoot the movie of Bapak going to Disneyland in 1963 and happy to edit in time for Bapak to see it before he left. His Son and our Brother, Howard, passes on his obituary:
Peter Mark Richman, the acclaimed actor, author, playwright and artist, died of natural causes at his home in Woodland Hills, California at 10:00 AM on January 14, 2021. He was 93.
A true Renaissance man, Mr. Richman leaves a legacy of creative endeavors spanning over eight decades of work in the performing and visual arts. However, it was for his marriage to actress Helen Richman and for his roles as father and grandfather of which he was most proud.
The son of Benjamin, a painting and paper-hanging contractor and Yetta Dora (Peck), Mr. Richman was born in Philadelphia, Pennsylvania, on April 16, 1927. After graduating from the Philadelphia College of Pharmacy and Science as a licensed pharmacist in two states, he found his first opportunities on the New York stage as a member of the Actors Studio, starring in Calder Willingham’s “End as a Man.” In addition to tours and productions across the U.S., he appeared on Broadway in “A Hatful of Rain” and “Masquerade” and portrayed Jerry in over 400 performances of Edward Albee’s original NY production of “The Zoo Story.”
William Wyler brought him west for the classic film, “Friendly Persuasion,” which led to other films such as “Black Orchid,” “The Strange One,” “Naked Gun 2 ½” and “Friday the 13th Part 8.” He starred as Nick Cain in his own NBC series, “Cain’s Hundred,” and in over 500 TV guest star appearances on such shows as “The Twilight Zone,” “The Outer Limits,” “Murder She Wrote,” “Fantasy Island,” and “Star Trek: The Next Generation.” He had recurring roles on “Three’s Company” (as the Reverend Snow) and “Beverly Hills 90210” as well as co-starring roles on series such as “Dynasty” and “Longstreet.” ANTA and the Actors Studio produced several of his one-act plays and, after mounting his critically-acclaimed one-man play, “4 Faces,” in Los Angeles and New York, he starred in the film version of the piece. His play, “A Medal for Murray,” received its world premiere with the Beit Lessin Theatre in Israel, garnering raves throughout the country during its two-year run. Published novel and short-story collections in Mr. Richman’s catalog include “Hollander’s Deal” and “The Rebirth of Ira Masters.” Also an accomplished painter, Mr. Richman had seventeen critically acclaimed one-man exhibitions.
Mr. Richman served as a long-time board member for several charities and, in 1990, the Motion Picture and Television Fund awarded the Silver Medallion to him for outstanding humanitarian achievement. He was also honored in that year with the Sybil Brand Humanitarian Award from the Jeffrey Foundation.
In Mr. Richman’s own words from his autobiography, I Saw A Molten White Light: “God has been good to me, in everything. Through all the struggle and suffering, progress has been made…God put this sacred and mysterious place inside all of us — our inner life or soul — that has the capacity to come alive again — to wake up from its sleepy torpor once the button is pushed for the door to open. And when the door is open, most of the time the sun is warm, and the birds are singing — and all things are possible.”
Mr. Richman is survived by his wife of 67 years, Helen Richman; five children, Howard Richman and his wife, Cherie, Kelly Lester and her husband, Loren, Lucas Richman and his wife, Debbie, Orien Richman and his wife, Alevé, and Roger Richman; as well as six grandchildren, Jenny, Lily, Max, Julia, Oliver and Danica. Due to COVID-19 restrictions, funeral services will be held privately and at the convenience of Mr. Richman’s family. Memorial contributions in honor of Mr. Richman can be made to the Motion Picture Television Fund (MPTF).
Tags: Peter Mark Richman
Previous Story
Riantee Rand Reads Poetry at SICAmooka
Next Story
AmasCafe Needs Musicians